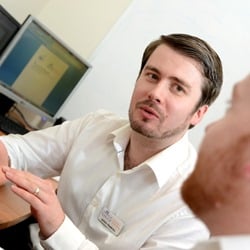 Before working at DBS, James worked in the City of London as an Investor Relations Manager, and then worked as Marketing Coordinator at Millfield School in Somerset.

"James is a highly valued and loyal team member" said DBS director David Clarke "James' role has changed considerably since he joined DBS as he now heads up our online marketing team."

DBS is very pleased to be starting work with a new client – chemical dosing experts Etatron GB. We...
Read More

After being with DBS for over five years James Hopkins has been appointed as our Online Marketing...
Read More

25 Years of DBS- A trip down memory lane