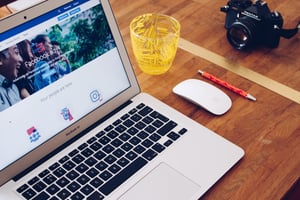 A significant update for Facebook Advertisers has recently happened. Facebook has discreetly removed its previous restrictions on ads that have more than 20% text in the main image.

Previously, advertisers have been penalised for including higher amounts of text in images when it came to the delivery of the ads. Only certain images such as a book or album covers could avoid the 20% text rule.

Although this easing of restrictions may provide advertisers with more creative freedom, it has been stressed by Facebook that companies should still try and keep the amount of text to a minimum wherever possible.

Facebook states on their Help page that research shows images with less than 20% text do tend to perform better. Therefore, even if there are no longer strict rules, businesses should aim to always keep their messaging short, concise and clear in order to get their point across in the most effective way.

However, if you do go for an image with more text on, the new rules should mean that your ad reach is not affected.

Companies probably won't change their Facebook Ad strategy because of this change. However, with less chance that their ad image will be disapproved, precious time could be saved, which is great news for Facebook advertisers.

The 20% rule initially came into force to help keep the news feed not look too crowded or noisy. In the past, news feeds included a lot more text, so with adverts adding even more to the equation, it had the potential to make Facebook look cluttered and simply too overwhelming for users.

It will be interesting to see if we notice a difference in the appearance of Facebook ads in the coming months now the text limit has been withdrawn.

Tags: digital marketing
Back to Blog

Here’s wishing a very Happy Birthday to DBS’s Dan Atkinson! The team enjoyed a birthday cake in the...
Read More

We’d like to wish a very happy birthday to DBS General Manager, Julie Priestley! Julie will be...
Read More
Book a call Call 01522 811688