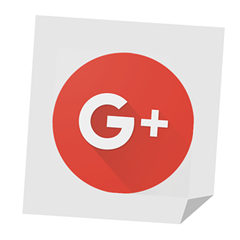 Google has announced that its social network, Google +, will shut down after reports of a data breach that could have affected millions of users. When is Google+ shutting down?Google has stated in a blog post that it will be shutting down the consumer version of Google+ over the next 10 months. Why did Google+ fail?There were high hopes for Google+ when it first launched back in 2011. Deeply concerned by the fast and disruptive growth of Facebook and Twitter, Google executives launched their rival social network to ensure that Google was not overtaken in the new era of social media. While users loved Google’s search tool for its lightening quick speeds and minimal, unintrusive format, the same could not be said for their attempt at the social web. Bad publicity regarding the platform’s interface and its functionality dogged the company from day one and following an initial flurry of interest the platform struggled to take off. Where other social platforms like Twitter, Snapchat, Instagram and even Vine offered something genuinely different to users, Google+ had no obvious selling points to bring it consistent growth. Data BreachGoogle announced in the blog post that it undertook an internal audit called ‘Project Strobe’ earlier this year in an effort to review third-party access to Google accounts. The audit highlighted a bug which may have allowed other developers access to private details of as many as 500,000 accounts. However, the research also brought to light the very low level of consumer usage, with 90% of user sessions ending in less than five seconds, prompting Google to call time on the network. What do with your Google+ account?Were you a user of Google+? If you’re looking to permanently delete your account, then here’s how you do it:1) Visit https://plus.google.com/discover2) Click ‘Sign In’ in the top right corner3) Log in using your associated Gmail account4) Click the drop-down menu in the left corner and select Settings5) Select ‘Disable Google+’ and ‘Delete Your Entire Google Profile Here’6) Scroll to the bottom of the page and check the box next to Required7) Click Remove Selected Services.Don’t forget that if you have links on your social media accounts or website to your Google+ profile then these will need to be deleted. Alternatively, you could link to your Google My Business listing instead. For help doing this please call us on 0800 988 8366.

In the US Bing continued to gain ground on its rival search engine Google in September and October...
Read More

Google is promoting its answer to PayPal.