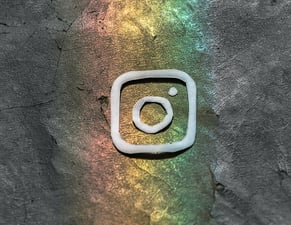 Head of Instagram, Adam Mosseri recently said Instagram “is no longer a photo-sharing app”. This bold statement was said as it was announced that Instagram is looking to lean more into entertainment, with video being the main focus. This follows the clear success of other social media channels such as Youtube and TikTok.

What changes are happening?

Upcoming changes and tests are coming to the app by making video more immersive and offering a full-screen experience. Whilst Instagram already has some full-screen video experiences in the form of IGTV, Reels, and Stories, Mosseri says the company wants to “embrace video more broadly”. Instagram will also show recommended videos for accounts that people are not currently following. Content algorithms like these provide content creators with additional exposure and an increased chance of being discovered.

Instagram no longer wants to be considered as the “square photo-sharing app” according to Mosseri . Instagram wants to be seen as a more broad entertainment source, mainly driven by video.

Why are these changes happening?

Video features popularised on Tik Tok will become more frequent on Instagram. This follows an announcement that Facebook is running video tests to make Instagram more similar to its competitor.

TikTok saw a surge in popularity since it launched, especially in the past year. TikTok was the number 1 downloaded app and out of the top 5 apps that are non- game-related. Tik Tok was the only app that was not part of the Facebook family. (Instagram, Facebook, Messenger, and Whatsapp).

The move towards video is nothing new. It has been on the cards for several years, with Facebook CEO Mark Zuckerberg discussing how the company would be moving into a video-centric platform since 2016. With more and more people turning to video, it makes sense that Instagram wants to make this a focus. Mosseri explains that "people are looking to Instagram to be entertained. There's stiff competition, and there's more to do..we have to embrace that, and that means change".

These changes over the coming months will be interesting to see and whatever the changes are, it shows that all businesses should be looking to incorporate video into their marketing strategy if this is something they are currently not doing.

. Instagram has launches a new professional dashboard available to all business and creator...
Read More

Ever wonder what decides which content we get to see on Instagram? Many businesses and creators...
Read More

With a growing e-commerce Focus over recent years, Facebook shows no sign of stopping. In a live...
Read More
Book a call Call 01522 811688