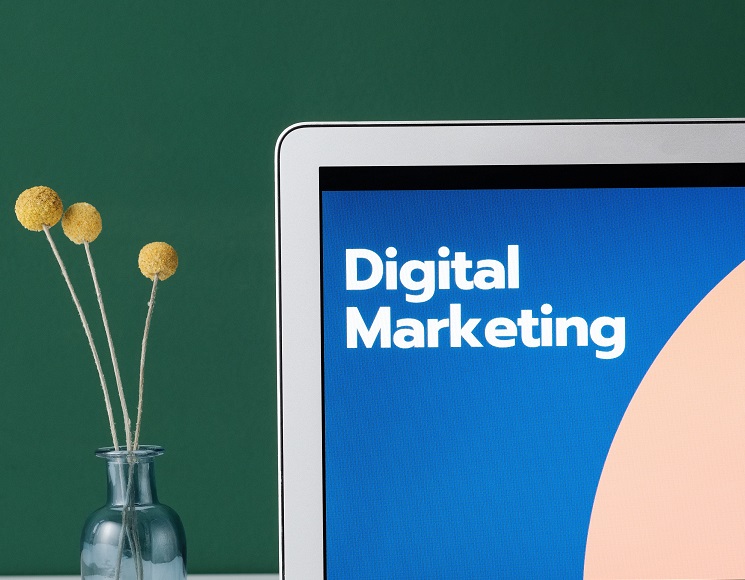 The History and Evolution of Digital Marketing 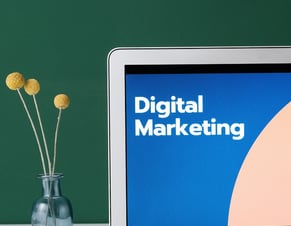 This year, DBS are celebrating their 25th Anniversary. During the past two and a half decades, the business has changed a lot, partly down to how fast-paced the industry is. Marketing has had to keep up with huge leaps in technology and that is what makes it a challenging yet fascinating industry to work in. Since computers and the internet entered our home, the world of digital marketing opened up and was taken to a whole new level. Here we discuss the history and evolution of Digital Marketing over the past 25 years.

By the mid-nineties, the digital landscape had changed dramatically. More PCs had entered people’s homes, helping with the invention of the World Wide Web. Launched by Tim Berners- Lee in 1991, it was in 1994 with the first successful mass-market browser, Netscape that it took off. By 1996 the number of people using the web rose to 70 million.

A popular search engine at the time, Yahoo, was launched back in 1994. Other current day e-commerce giants were hitting the scene as well with Amazon launching in 1994 and eBay in 1995. Email marketing started to become a popular method of communication and was used alongside the tried and tested TV, radio, and print advertising as well as telephone sales.

With a few search engines now available, cataloguing new websites, people had the ability to learn about products and services directly from their own homes.

The end of the 20th century was an important time for digital marketing and internet users in general. Users were now able to upload and share their own content, rather than merely consume it. This led to users no longer being passive but becoming active participants instead. This became the foundation for social media platforms as well as contributor sites like Wikipedia.

As the turn of the century hit, we moved more into digital across all areas of technology. DVDs became more mainstream and more things were available in digital format. This led to a major shift in consumer trends as well as more data being available for marketing departments.

2000 also saw the launch of the Google Ads platform, allowing companies to have adverts set up for them. The platform started off with only 350 advertisers in 2000. This had increased to an impressive 4 million by 2015 and continues to grow.

After the initial hype of the internet, the dot com bubble burst in 2001 which meant that marketing tactics had to shift. More focus was placed on inbound marketing methods through information sharing etc. This then shifted to the first social media sites. The crash led to many smaller search engine sites disappearing, paving the way for the giants to grow.

Out of the main social media channels we still use today, the first to enter the scene was LinkedIn. Founded in 2002 and launched in May of 2003, LinkedIn was promoted as a professional networking and career development platform, allowing job seekers to post their CVs, employers to post jobs and for people to "connect" with each other to develop professional relationships. By 2004, LinkedIn reached an impressive 1 million users.

Launched in August 2003, MySpace was the largest social networking site in the world between the years 2005 and 2009. At its peak in 2008, MySpace reached 115 million unique users however this was surpassed in 2009 by Facebook.

It’s almost bizarre to think of a time before we had Facebook however the social media channel was launched in February 2004. Founded by Mark Zuckerberg, the website was initially limited to Harvard students as a way to connect with other students around campus. This was expanded to other universities in the US before being available to everyone in September 2006. All users needed was a valid email address and be over the age of 13.

By December 2005, Facebook had 6 million users. Once it was opened up to everyone, this increased substantially. By the end of 2007, Facebook had 100,000 business pages which allowed companies to attract potential customers, as some businesses started to see social media as a viable marketing method. They could reach thousands of users in minutes, at an extremely low price. This shift signalled the beginning of a new era in business. Many businesses now rely heavily on social media management to reach and engage with their target market.

The launch of Youtube, a video sharing platform, started a new way for users to consume data and ever since has helped grow the popularity of video content.

By 2006, the power of search engines was clear to see, with search engine traffic reaching an outstanding 6.5 billion in just one month! Microsoft replaced MSN with live search in order to compete with Google and Yahoo. It was also this year that saw Amazon reach over 10million USD in revenue for the first time.

Companies also started split testing this year. Being able to test different graphics, language and colours within their marketing, meant they could start getting a true idea of what resonated with their customers, and why. This highlighted the importance of having a well-executed web design.

Classed as a microblogging and social networking service,  Twitter allowed users to post "tweets" of 140 characters or less. By 2012, more than 100 million users posted 340 million tweets a day. Since its launch, businesses have successfully used this platform to provide succinct, real-time business updates as well as be used as a successful customer service tool.

With the launch of these social media channels, businesses now had access to customer data like they never had in the past. The ability to track patterns and trends in human behaviour led to a lot more data-driven marketing. This led to analytics and allowed marketers to understand their customers like never before and create strategies to strengthen customer relationships.

2007- iPhone launched and the rise of smartphones

With the first Blackberry released in 1999 and the first iPhone launched in 2007, smartphones started to become increasingly popular and allowed users to access the internet on the go, opening up a whole host of opportunities. Within less than 2 decades, smartphones have now overtaken personal computers as the primary digital device for going online in many homes.

It was during 2007 that Facebook officially launched its Facebook Ads platform, allowing companies to create their own adverts to reach new, potential customers in a targeted way.

2009- The rise of influencer marketing

A key trend in digital marketing during recent years is personalisation. Millennials and Gen Zers especially place a big emphasis on personalisation and relevance as they have grown up with businesses having a lot of data on them and therefore expect a personalised experience in the marketing they consume. These generations use several screens to consume their content and this has led companies to be broad and agile in their marketing to cover all of these channels.

A rise in influencer marketing also started around this time. With the help of reality TV, social media and the imminent arrival of Instagram, users started to have less trust in content directly created by brands and started to show more trust in content shared by their peers and those of influence, such as celebrities.

In January 2010, Pinterest launched. It was a social media service different to others currently on the market. Users were able to “pin”  images, videos and GIFs to their own “boards” as a virtual replacement for mood boards and catalogues.

On 6th October 2010, Instagram was launched. A photo and video sharing social network service helped boost the popularity of influencer marketing and led to businesses having to focus a lot more on the aesthetic of their marketing,

It was during this year that the Facebook messaging app for mobile was launched and Whatsapp business accounts could be created. Both of these platforms allowed users to be closer to brands than ever before. Customer Service teams can now respond in real-time to any queries, helping to build the bond between business and consumer.

2011- Digital dominance and the launch of Snapchat

For the first time, web use overtook TV viewership, especially among the younger generations. 2011 was also the year that Snapchat launched. A mobile messaging app that also lets users exchange pictures and videos aka 'snaps' that disappear after they are viewed. This was the start of the ephemeral content- the opposite to evergreen content and started to be used strategically by brands to make their content more exclusive.

Instagram became part of the Facebook family in 2012, allowing the two platforms to combine resources and features.

Mobile usage overtook the use of personal computers for browsing and shopping for the first time. Showing businesses that they need to think “mobile-first” and concentrate on the mobile user experience if they want to stay ahead of their competition.

Whilst wearable technology was not necessarily new, the launch of the Apple Watch in 2015 saw other wearable technologies take off. This trend highlighted to marketers that consumers have never been closer to as much information as they have now.

It was also announced this year that Google were now going to rank websites with bad mobile experience lower in the search engines, letting businesses know that if they want to do well in search results, they need to concentrate on mobile.

Launched in September 2016 TikTok is a video-focused social networking service owned by Chinese company ByteDance. From education to comedy, dance and more, users create their own short videos from 15 seconds to 3 minutes.

Virtual Reality and advertising start to combine for the first time. Big names such as Ikea start to use VR as part of their marketing campaign with their VR shopping experience.

Major new legislation came into force in 2018. GDPR was launched in the EU with the aim of better controlling users’ privacy online. This led to marketers having to get their subscribers to 'opt in' to newsletters, leading to major shifts in many marketing channels, but especially email marketing.

Whilst being launched 3 years earlier, TikTok started to come into its own in 2019. Whilst the main demographic was teenagers, now celebrities, politicians, and other people of influence had turned to the platform to create short-form content.

When the COVID pandemic hit in early 2020 the world had to rely more than ever on digital devices. The use of social media and search engines soared and demographics that currently would shop in brick and mortar stores were now forced to shop online, meaning that companies saw the importance of having an online presence and digital marketing in place.

Facebook founder Mark Zuckerberg announced in October 2021 that Facebook is changing the name of its holding company to Meta. The companies aim is to move further into virtual reality and plans to build a “metaverse”- a digital world built over our own using a combination of VR headsets and augmented reality. Zuckerberg believes “the metaverse will be the successor of mobile internet”

It is fascinating to see how far the industry and technology have established and progressed in less than three decades. We now consume digital content on a daily basis and are moving towards a  world where traditional marketing channels and methods are becoming obsolete. Digital marketing is not only cheaper than traditional methods, businesses can now reach a larger audience in a much shorter time period.  We never know what the future holds for digital marketing, but it is interesting to think how much will change in the next 25 years. What will digital marketing look like in the year 2046?

25 Years of DBS- A trip down memory lane

We are pleased to announce that DBS are finalists in the Midlands Business Awards for the category...
Read More
Book a call Call 01522 811688